Intensive Skill Development on Garment Construction at the Durbar Hall 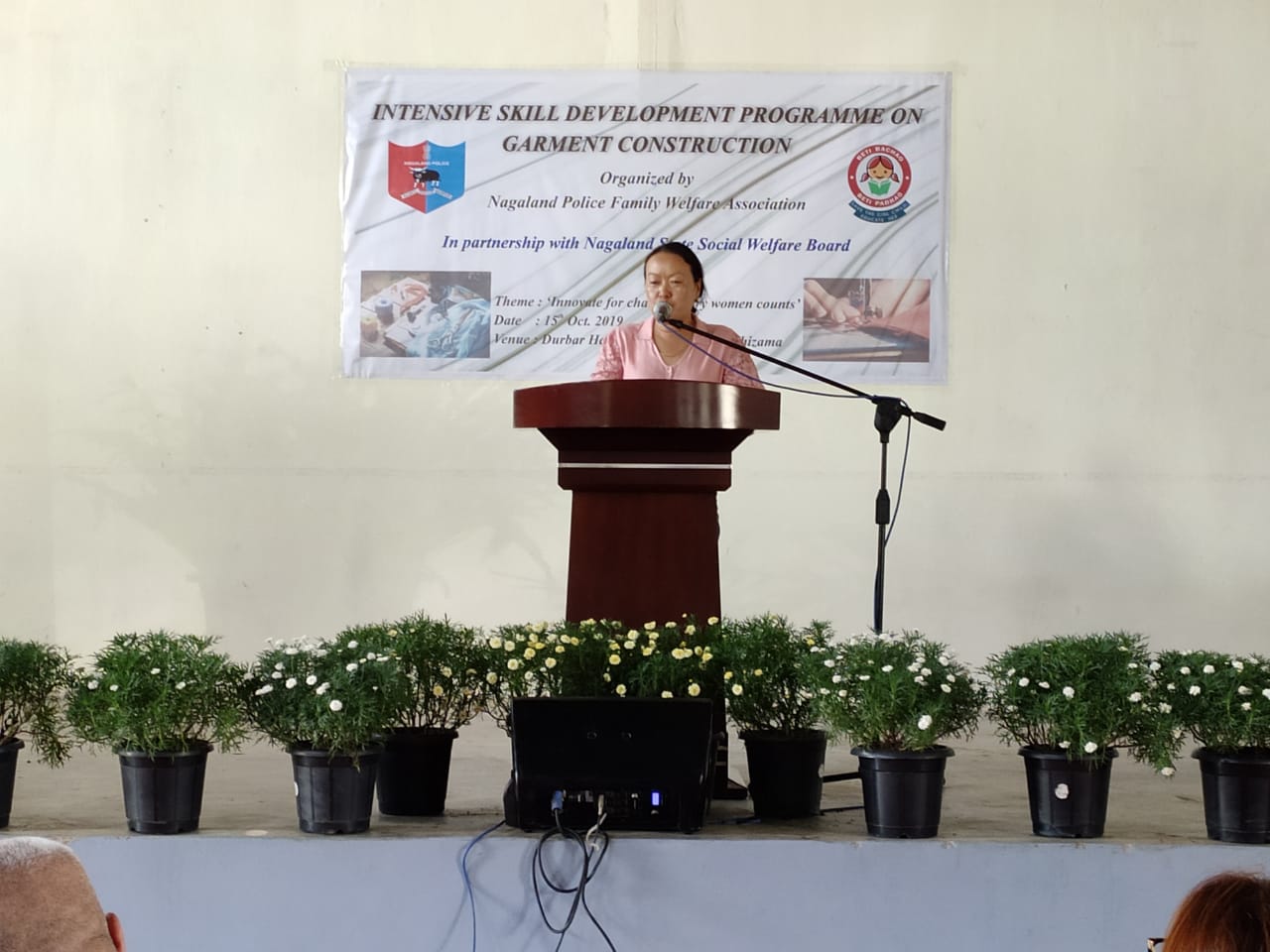 The training program was inaugurated by Mrs. Meyisangla Longkumer, President, NPFWA, who is also the special guest during the program. She informed that this is a pilot programme with the potential to be extended to other districts for families of Nagaland Police personnel.

Shri T. John Longkumer, IPS, Director General of Police, Nagaland was also in attendance stated that this programme is a step towards economic empowerment and a way in which police families can improved the economy of the family.

Earlier, Mrs. Bano Vinito, Chairman NSSWB, stressed on the need to find ways towards empowering the wives of police personnel and how they should augment their spouses incomes. Mrs. Daisy Mezhur, Secretary NSSWB in her speech further added that economic independence is the first step towards women empowerment.

The programme was chaired by Miss Kevizasinuo Lucy Yhome, NPS, Asstt. Commandant, 4th NAP Bn. and began with an introductory address by Mrs. Aboli Metha, NPS, SP (Narcotic). A special song was presented by Manihra of the DGP-Band. The vote of thanks was proposed by Mrs. Alongla Sangtam, NPS, Dy. Commandant, 10th NAP (IR) Bn.

In the first phase, 30 (thirty) trainees comprising of wives and children of police personnel from 4th NAP Bn. will be imparted 30 days intensive training on tailoring.